Margaret Gordon Harker grew up in Paisley where her father, Archibald Coats, owned and ran cotton thread-making mills. The Coats family was very prosperous, second only in wealth to the Rothschilds. They were also generous to the local community in quiet, unpublished ways and concerned for the well being of their employees. 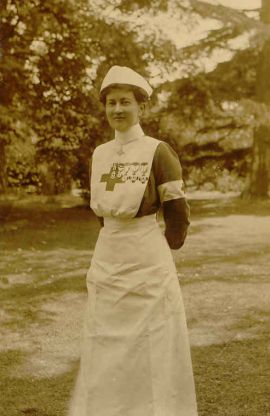 Margaret married William Harker from Yorkshire. He had served in South Africa and went on to learn farm management in the Fens where their first children, twin daughters Sylvia and Sybil, were born in 1902.

By 1903 they had moved to Blofield Hall and Margaret immediately became involved in many village activities. She and a group of ladies set up a District Nursing Guild to provide home nursing for the “poor sick” in their own homes. She helped with fund raising and was generous with her hospitality.

Her life continued to be one of service, caring and commitment. She died on January 14th 1935. Blofield Church was crowded for her funeral on Thursday 18th January.

Many aspects of her life and work and her devotion to others can be seen in the stained glass windows in the church described below. A book, “Windows on a Life, The Story of Margaret Harker”, available in the church tells her story in more detail.

Junior Red Cross and Ambulances
She set up Red Cross Detachments for men and women at her home at Blofield Hall and involved herself in all the many branches of the Red Cross including junior links and the provision of ambulances.

Fisher Girls
A Scot herself she felt an empathy with the Scottish fisher girls who followed the herring fleets to Great Yarmouth. These ‘girls’, some 16 some in their 60s, sustained many injuries during their herring gutting work. Working at lightning speed with sharp knives their hands were often cut and ulcerated by contact with salt. 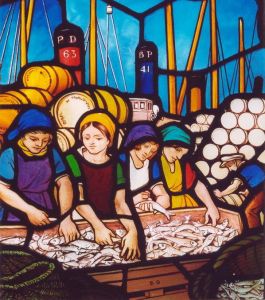 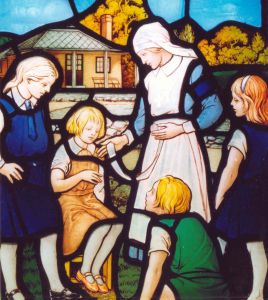 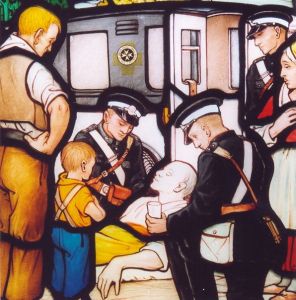 Dressing Station
Margaret set up a Red Cross dressing station in Yarmouth to tend the girls’ wounds. At the height of the season as many as 300 dressings were done in a day. 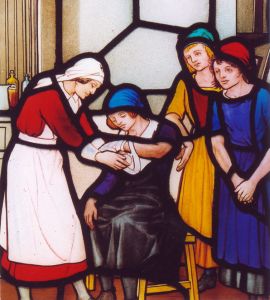 She was chosen to be commandant of a WWI war hospital in Brundall House.

She trained VAD nurses (Voluntary Aid Detachment) both for work at Brundall House war hospital and, after it closed, for duty in France and other theatres of war.

Baby Clinic
Worried by the high rate of infant deaths she established, in 1919, an infant welfare clinic in the village. Thought to be the first such clinic in the county it provided a place where mothers could bring their children for weighing, advice and examination by a doctor, the doctor’s fees being paid by Mrs Harker. VAD nurses performed duties here under her leadership. 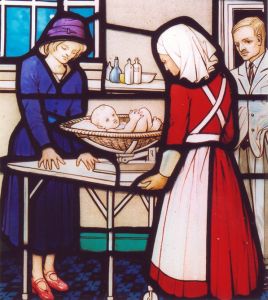 Blofield Church
As well as being deeply involved in her local Red Cross work she served as a Justice of the Peace, a prison visitor and was a regular worshiper at Blofield parish church. 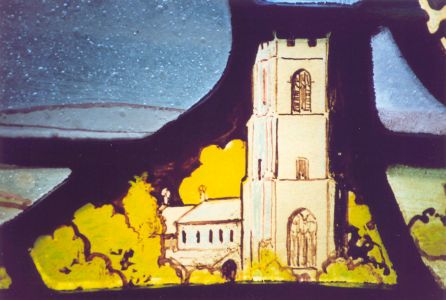 No events to display.

Visit the website for our sister church at Hemblington.

Visit the website for our sister church at North Burlingham.